The organocatalytic asymmetric construction of chiral indole-based scaffolds has become an important research field because the wide distribution of such scaffolds in natural products, pharmaceuticals, chiral organocatalysts, and ligands[1]. Among different approaches, 2-indolylmethanols have been recognized as a class of versatile platform molecules in organocatalytic asymmetric transformations for constructing chiral indole-based scaffolds[1-3]. As summarized in Figure 1A, under the catalysis of chiral Brønsted acid (B*-H)[4-5], 2-indolylmethanols readily undergo dehydration to generate carbocation intermediates A-B and vinyliminiums C, which can be illustrated as delocalized cations D. Due to the steric effect of the two R groups (particularly when R is an aryl group), nucleophiles (Nu) more readily attack carbocation B than carbocation A, thus resulting in the C3-umpolung reactivity of 2-indolylmethanols[1-2]. Namely, the C3-position of the indole ring is changed from nucleophilic to electrophilic. Nevertheless, in some cases, can also display C3-nucleophilicity to undergo catalytic asymmetric (4 + 3)[6] and cycloadditions. Based on these unique reactivities, a series of organocatalytic asymmetric C3-substitutions and (3 + n) cycloadditions of 2-indolylmethanols have been achieved in a high regio- and enantioselective manner, leading to the construction of a variety of chiral indole-based scaffolds.

To solve these challenging issues, on the basis of their previous studies on silylium-based asymmetric counteranion-directed catalysis (Si-ACDC)[8-9], List and coworkers recently designed an asymmetric (4 + 3) cycloaddition of dialkyl-substituted 2-indolylmethanols 1 with dienolsilane 2a by using IDPi (imidodiphosphorimidates) as strongly acidic and confined organocatalysts [Figure 2][10]. Specifically, they utilized dialkyl-substituted 2-indolylmethanols 1 as three-atom building blocks to participate in the enantioselective (4 + 3) cycloaddition with dienolsilane 2a under the catalysis of strongly acidic and confined IDPi 4a or 4b. After a subsequent TFA-promoted removal of silyl group, a series of novel bicyclo[3.2.2]cyclohepta[b]indoles 3 bearing three stereogenic centers were synthesized in overall excellent yields with high enantioselectivities. In addition, considering the accessibility of these intriguing bicyclo[3.2.2]cyclohepta[b]indole frameworks, they performed some useful synthetic transformations of products 3 and accomplished the synthesis of enantioenriched indole derivatives 5-8. 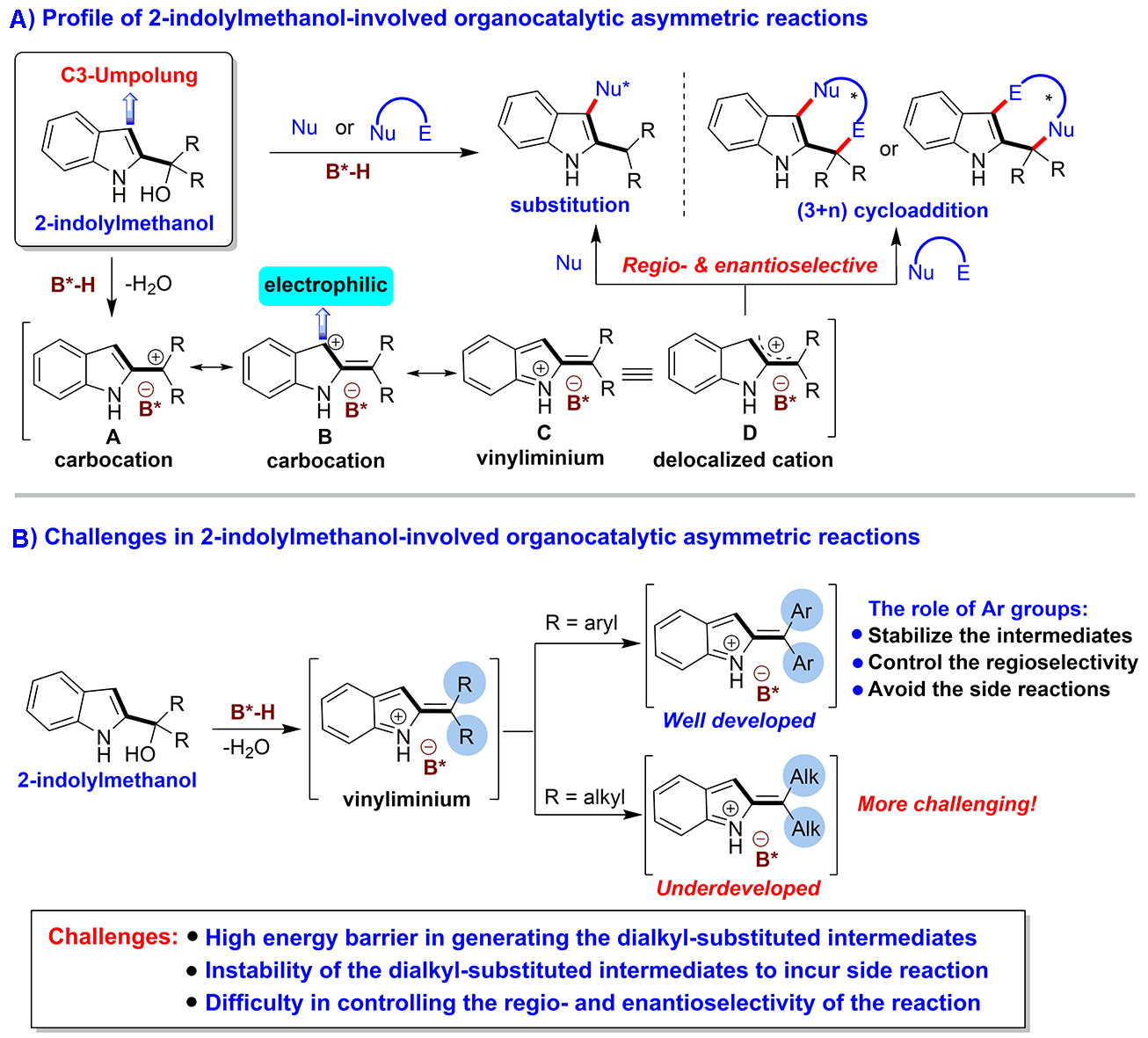 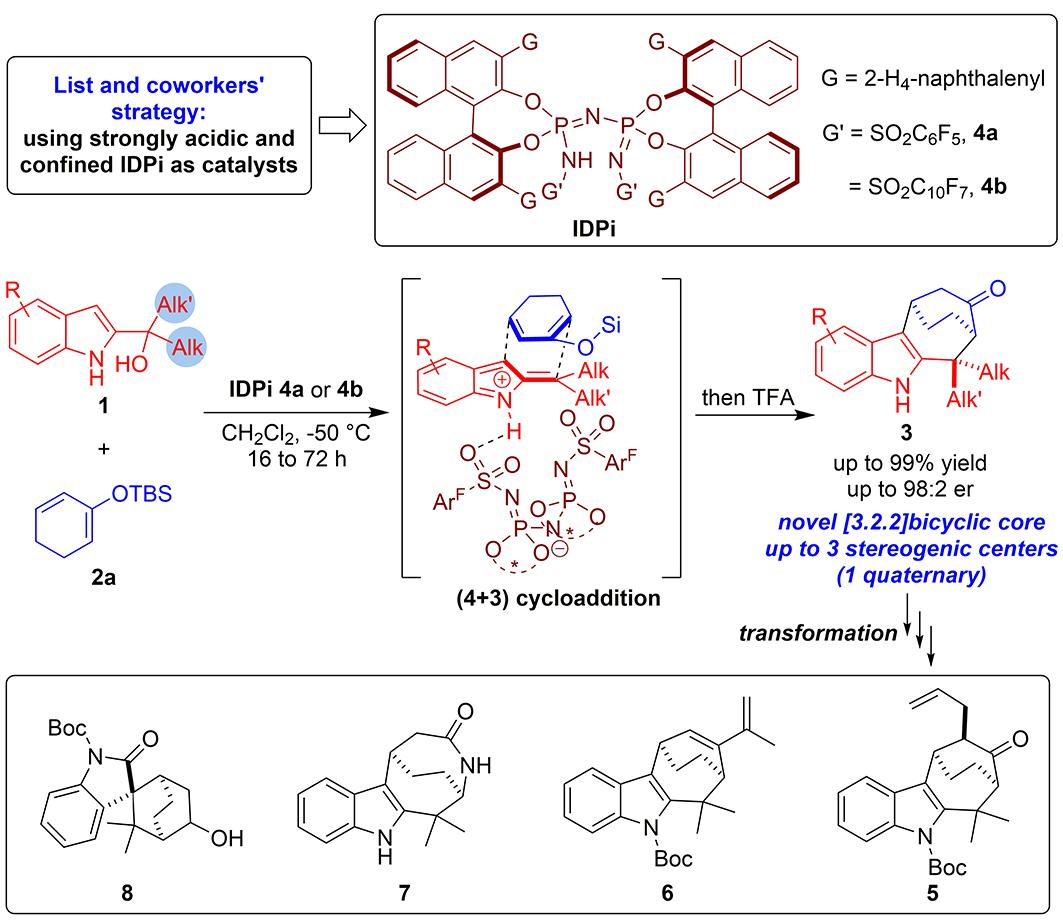 To gain some insights into the reaction mechanism, they performed a series of control experiments and theoretical calculations on this organocatalytic asymmetric (4 + 3) cycloaddition. Based on these investigations, they suggested a possible reaction pathway, which involved an overall concerted yet asynchronous cycloaddition process. As illustrated in Figure 3, initially, strongly acidic and confined IDPi reacted with dienolsilane 2a via a silyl transfer process to generate the active silylium Lewis acid I, which could deliver silyl group to 2-indolylmethanol 1a and form complex II via hydrogen-bonding interaction. Then, complex II underwent the C-O bond cleavage to produce intermediate III along with the release of TBSOH, which was the rate-limiting step with an energy barrier of 14.0 kcal/mol. Subsequently, intermediate III reacted with dienolsilane 2a to undergo a concerted yet highly asynchronous (4 + 3) cycloaddition, which was the enantio-determining step with an energy barrier of 9.6 kcal/mol. The resulted adduct IV underwent a rearomatization process to give intermediate product 3aa’ with the regeneration of IDPi. Finally, the target product 3aa was obtained by TFA-promoted removal of the silyl group in 3aa’.

We sincerely thank all leading chemists and co-workers involved in the development of 2-indolylmethanol-related chemistry.

Revised and rewrote some parts of the manuscript: Shi F

Both authors declared that there are no conflicts of interest. 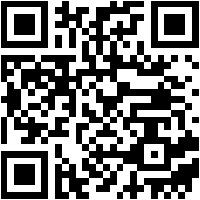